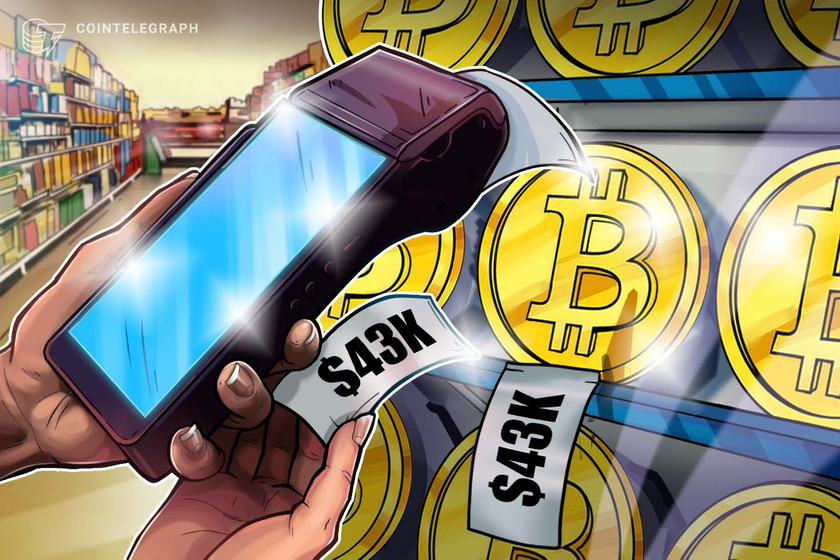 In a tweet on May 18, Bollinger, who is well known as a source of Bitcoin analysis despite decades in the market, called for calm following fresh volatility.

“~43,000 is what we call a logical level for $BTCUSD. It is defined by the January peak and the March trough,” he explained.

“Price action at logical levels can tell the smart trader/analyst who is paying attention a lot.”

Bollinger referred to Bitcoin’s previous all-time high at around $42,000, which is also a level at which it bounced in early March during another retracement.

As Cointelegraph also reported on Tuesday, the focal level is something of a natural support line in the sand — it represents the average 35% correction from a high that Bitcoin has seen throughout its history.

Even for more bearish voices, the significance of the $42,000 cannot be discounted. Among them was CNBC regular Carter Worth, who has predicted that a further downward move for BTC/USD could send the pair as low as $29,000.

No bears to see here

Meanwhile, the Bollinger bands indicator itself continues to track BTC/USD with precision. Its constricting and widening bands have successfully called episodes of price volatility up and down, including the past week’s moves. The bands are fixed around a 20-day simple moving average using a single standard deviation.

Bollinger himself has also had his moments of Bitcoin price clairvoyance.

With the exception of trader concerns over China adding to selling pressure, Bitcoin is broadly in a resilient mood — and multiple other indicators and analysts alike remain bullish on the future.

“Bitcoin still on track as always. We could see an incredibly bullish month or 2 ahead,” Danny Scott, CEO of exchange CoinCorner, added on Tuesday, comparing 2021 to previous bull cycles.