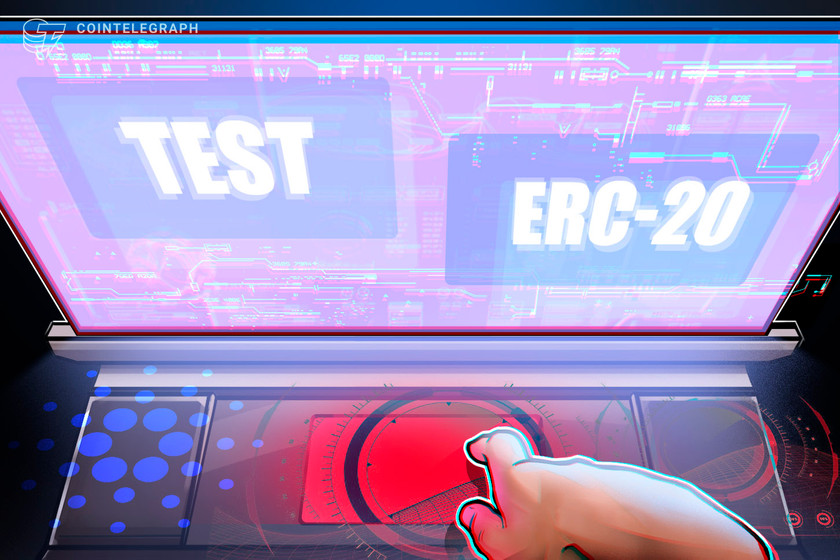 Decentralized finance on the Cardano blockchain is drawing closer to becoming a reality, with a token migration bridge soon to enter the testing phase.

According to Francisco Landino, project manager at Input Output Hong Kong, or IOHK — the research and development arm responsible for Cardano — the platform’s ERC-20 migration tool is nearing testnet deployment.

In a blog post published on Monday, Landino said that the ERC-20 converter tool will allow the migration of Ethereum-based tokens to the Cardano chain.

Arguing for the necessity of the ERC-20 conversion tool, Landino wrote:

“Once deployed, users of supported Ethereum tokens will be able to bring them over from Ethereum’s congested network and take advantage of Cardano’s transaction capacity and lower fees, while enjoying enhanced security, reduced cost, and interoperability.”

As part of the announcement, the IOHK executive also stated that the ERC-20 conversion tool was an important part of efforts to leverage Cardano’s value proposition over Ethereum in terms of parameters, such as scalability and transaction costs.

With only a few clicks, crypto projects will be able to migrate their native tokens to the Cardano chain via the converter tool. The Cardano analog will hold the same value as the Ethereum-based “coin,” and the baked-in two-way convertibility means the process can be reversed at a later time.

Plans for the converter testnet deployment are already underway, with Landino stating that SingularityNET’s AGI token will be the first ERC-20 coin migrated to the Cardano chain.

Moving forward, the IOHK executive said the Cardano team envisages the potential for the ERC-20 converter tool to become a cross-blockchain bridge.

Data from DappRadar puts the adjusted total value locked in the Ethereum decentralized finance market at over $68.5 billion. Amid the talk of layer-two solutions being the next frontier for the Ether-based DeFi market, major altcoin chains like Cardano are also looking to become the de facto home for the emerging DeFi arena.