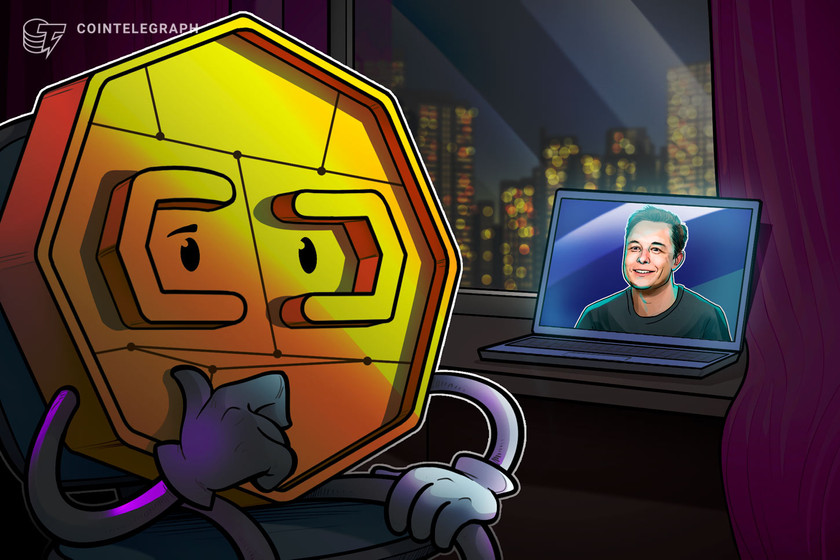 One early cryptocurrency entrepeneur thinks Elon Musk lacks moral consistency when it comes to his management of Bitcoin.

The founder of one of the first physical cryptocurrency exchanges has slammed what he perceives as hypocrisy on the part of Elon Musk, after the Tesla CEO announced the electric car firm would stop accepting Bitcoin (BTC) as a form of payment.

The charges of hypocrisy levelled at Musk stem from the fact that around $1.5 billion worth of Bitcoin remains on Tesla’s balance sheet.

Musk criticized Bitcoin energy’s consumption in a recent tweet where he announced that Tesla had suspended vehicle purchases using Bitcoin. The sudden reversal by Musk comes just six weeks after Tesla made big news by announcing it would accept Bitcoin payments from customers in the United State.

But according to Nick Spanos, founder of Bitcoin Center in NYC and co-founder of Zap Protocol, the presence of over a billion dollars worth of Bitcoin on Tesla’s balance sheet means Musk is still willing to reap the profits of what he deems a dirty environmental hazard. Spanos told Cointelegraph:

“I challenge Elon that if Bitcoin is too dirty for him to accept as payment for his electric vehicles, then it should also be too dirty to ‘hodl’ for profits based on everyone else using it.”

“At least Climate Czar John Kerry divested from his millions in the oil industry before taking his position of virtue,” Spanos added, referring to the U.S. politician’s sale of millions of dollars worth of oil stocks prior to becoming Joe Biden’s Special Presidential Envoy for Climate.

One quandary posed by Spanos was the idea that if Elon Musk was truly concerned about the environment, he would allow the trade of “dirty” coins in return for clean cars. Spanos said:

“Curiously, Elon wants to deny green-conscious consumers the ability to trade their supposedly dirty coin for a clean car. That seems counterproductive.”

“A huge component of Bitcoin’s power consumption is sustainable due to the reactivation and construction of new hydroelectric sources,” reminded Spanos, hinting at the rise of renewable mining sources which some studies estimate account for over 70% of crypto mining occurs using renewables in some fashion.

Spanos referenced the attention brought on Elon Musk by the U.S. Securities and Exchange Commission when he was deemed to have manipulated Tesla share prices with irresponsible and ill-considered tweets.

Is Musk now subjecting Bitcoin and Dogecoin (DOGE) to the same slings and arrows of outrageous fortune that befall a cryptocurrency when a world-renowned billionaire decides to take an interest in it? Spanos asked:

“Maybe, like with his DOGE-for-Tesla tease, this is all contrived to manipulate Bitcoin’s price. Didn’t he get into trouble for manipulation of Tesla share prices?”

Dogecoin proved reactive to Musk’s tweets again on Friday after the Tesla CEO revealed he was working with developers to improve the transactional efficiency of the meme coin blockchain. The DOGE price jumped 26% in the immediate aftermath of the tweet.