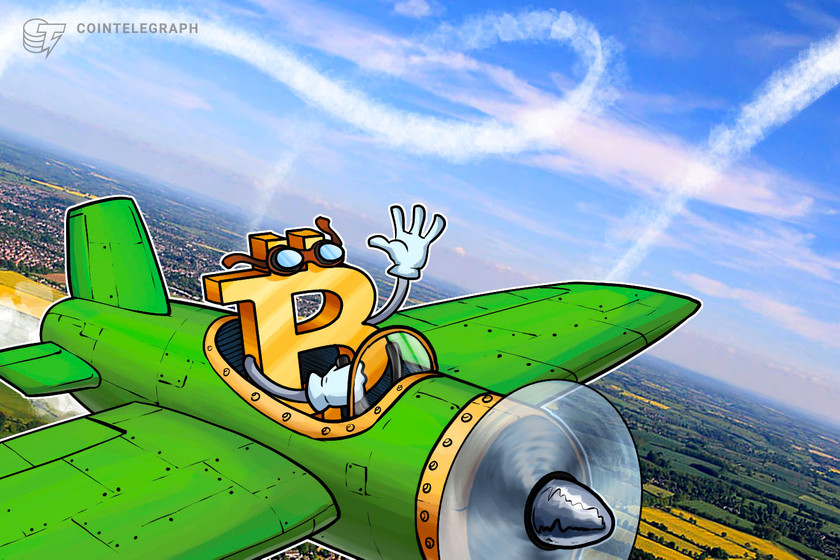 New all-time highs for the largest altcoin combine with fresh bullishness across crypto after this week’s sell-off.

Bitcoin (BTC) gained 4.3% on May 12 as cryptocurrencies recovered losses despite increasing turmoil on global stock markets.

Data from Cointelegraph Markets Pro and Tradingview showed BTC/USD erasing almost all the previous day’s losses on Wednesday to trade above $57,500 at the time of writing.

The move came amid concerns over froth in tech stocks, fueled by problems in Taiwan which saw the country’s equities index post its biggest one-day loss in history.

Bitcoin and altcoins had sold off with tech stocks more broadly earlier in the week, but the latest macro dip failed to worsen their performance.

Conversely, as has become a hallmark trait of an increasingly asymmetrical market, most major cryptocurrencies bucked the trend and returned to growth.

“BTC is bouncing here and Altcoins are recovering strongly,” popular Twitter commentator Rekt Capital summarized on Tuesday as the United States Federal Reserve buoyed the crypto cause by refusing to suggest that economic inventions could be lessened.

Previously, concerns had surfaced that Bitcoin could ultimately fall through $50,000 under current conditions, opening up the path to as low as $40,000.

In a continuation of “alt season 2.0,” meanwhile, Ether (ETH) led gains once again, touching new all-time highs while maintaining support at $4,000. Gas fees, however, remain a headache for traders and Ethereum network users.

Other alts also challenged record highs, among them Cardano (ADA), which at the time of writing was just four cents away from all-time highs of $1.83.

Amid continued controversy over meme coins, Dogecoin (DOGE) was flat, while “tribute” coin Shiba Inu (SHIB) lost 23% to fall out of the top twenty cryptocurrencies by market cap. Weekly gains for the coin still stood at nearly 1,500%.