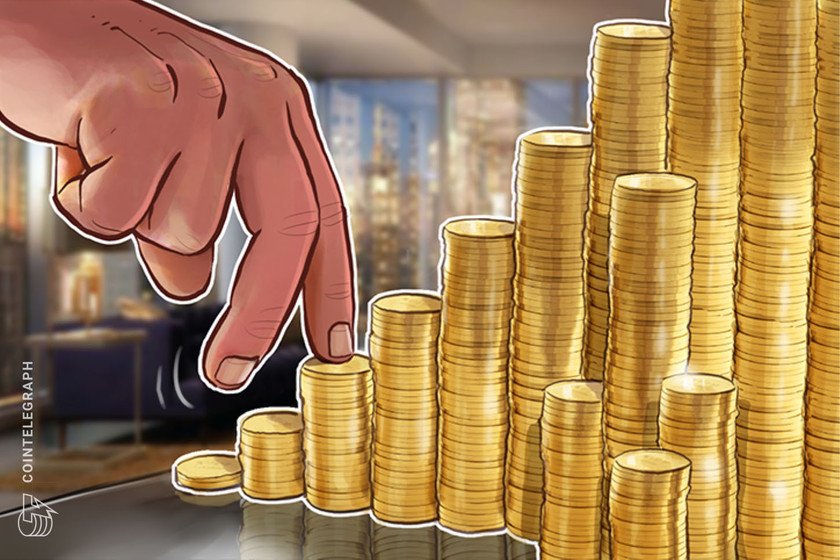 Traders have flocked into the Yearn Finance’s YFI markets as their upside opportunities in other top tokens subside.

A lackluster cryptocurrency market did little in offsetting Yearn Finance’s bullish bias as the price of its governance token YFI reached new record highs in USD terms on May 11 — just shy of $70,000.

The YFI/USD exchange rate added $6,258, or 10.02%, to reach $68,748 ahead of the London opening bell. The pair quickly retraced lower as traders decided to realize their profits, hitting roughly $67,067 as of 0736 UTC. Nevertheless, the drop appeared marginal compared to the prevailing uptrend, hinting that YFI could continue its upward momentum following a short-term consolidation period.

The token performed equally well against Bitcoin (BTC), the flagship cryptocurrency whose own uptrend slowed down after hitting a milestone high of roughly $65,000 last month. Tuesday morning, the YFI/BTC exchange rate was near its five-month high of 1.192 BTC. Meanwhile, at its intraday peak, the pair’s bid was 1.247 BTC, up 58%.

The massive upside moves in the Yearn Finance token market appeared as its top rivals underperformed severely. At first, Bitcoin continued to show weakness after failing to log a breakout above a psychological resistance level of $60,000. Its strong positive correlation with other top digital assets also pushed their prices lower.

For instance, Ether (ETH), the second-largest cryptocurrency by market cap, plunged back below $4,000 on profit-taking sentiment.

Meanwhile, the biggest losers on a 24-hour adjusted timeframe were Dogecoin (DOGE), XRP, Polkadot (DOT), and Litecoin (LTC). Each fell within the range of 9%-12%, again due to traders’ inclination to withdraw profits after the tokens’ supersonic price rallies in the previous sessions.

Yearn Finance’s YFI was comparatively weaker so far in 2021. The token would surge by almost 160% compared to its altcoin peers’ thousands of percentages worth of upside gains. For instance, Dogecoin remained a scene-stealer for most of the first and second quarters, rising by more than 19,000% to eventually outshine other large-cap altcoins.

Technically, YFI served as a hedge as the rest of the cryptocurrency market returned from their overbought levels. But looking closely, what worked in the favor for the Yearn Finance token — at least in the current quarter — is its ability to cast aside a flurry of its major issues.

In retrospect, Yearn had a rocky beginning in 2021. Its main problem heading into the year was funding deficits. The Yearn Finance group had no reserves set aside for its core contributors that limited it from gaining any upside exposure. Andre Cronje, the creator of the Yearn Finance protocol, even shared his frustration by writing a blog titled, “Building in DeFi Sucks”.

However, the following weeks witnessed huge community involvement to solve the reserves issue. The YFI holders introduced two proposals and passed them through a democratic vote. The first “Buyback and Build” upgrade assisted in introducing a buyback program that added YFI to their treasury for redistribution.

The next major upgrade came in the form of Yearn V2.  Its mid-January launch earlier met with negative reviews due to user interface issues. But the team responded promptly to address those concerns to a successful conclusion. In the months following the fix, the total value locked inside the Yearn Finance pool has climbed to $4.243 billion.

The most notable changes Yearn V2 brought to the Yearn Finance protocol included a new fee structure, multi-strategy vaults, and highly differentiated strategies with the help of a new ecosystem partnership with Cream. YFI prices responded bullishly to the events.

Frax Finance,  a fractional-algorithmic stablecoin protocol, has added its fixed yield asset FXB to Yearn vaults. Meanwhile, Alchemix is also building a credit system atop their protocol, confirming that Yearn is becoming a banking alternative to the decentralized finance ecosystem.

Absolutely epic H6 close on $YFI, no other bnf futes showing this degree of rel strength at the moment, and $YFIBTC looking primed for continuation. pic.twitter.com/hutUBRONuJ

The YFI rally takes its long-term bullish cues from the said growth prospects.