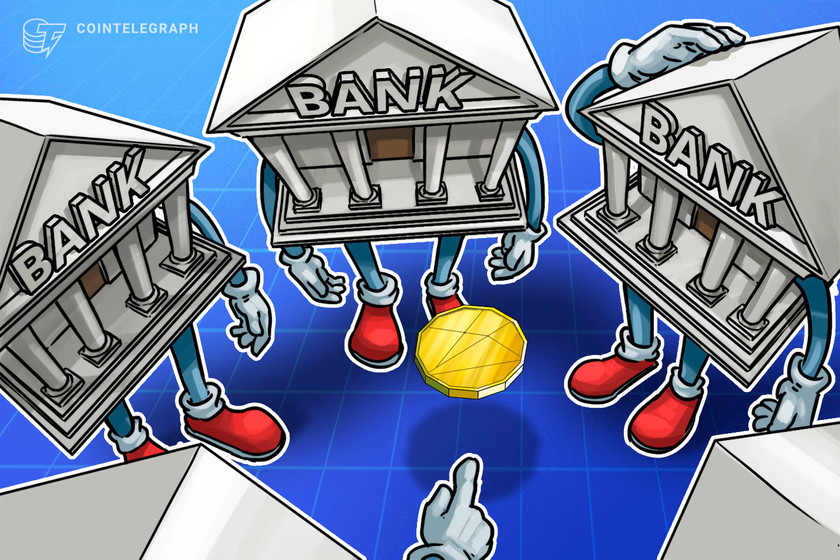 South Korea’s banking body wants crypto exchanges to be wary of the risks of being overexposed to altcoins.

The Korea Federation of Banks has raised alarm over the increase in altcoin trading volumes across crypto exchanges in the country.

According to a report by The Korea Herald on Monday, the banking association has asked member banks to conduct an audit on the altcoins being offered by their crypto exchange clients.

The KFB is reportedly concerned about the potential risks of banks providing account services to exchanges overexposed to altcoins.

An official of the banking association quoted by The Korea Herald explained:

As previously reported by Cointelegraph, there has been a noticeable pivot by crypto traders in South Korea toward altcoins. This shift coincided with a corresponding dip in Bitcoin (BTC) trading activity that had characterized the earlier part of the year, even leading to the collapse of the Kimchi premium.

Three of South Korea’s “Big Four” crypto exchanges — Upbit, Coinone and Bithumb — each list over 150 altcoins on their platforms. The KFB’s recommendation comes as BTC trading on these exchanges accounted for less than 5%, far lower than the average across other major exchanges like Coinbase and Binance.

Indeed, as of the time of writing, only Coinone has Bitcoin trading activity occupying the top two positions in the last 24-hour period. Data from CoinMarketCap shows BTC trading on Upbit and Bithumb at 4.15% and 9.13%, respectively.

Under South Korea’s real-name crypto trading paradigm, the onus is on banks to maintain strict oversight over their cryptocurrency exchange clients, hence the reason for the KFB’s warning. The banking association also wants its members to be aware of the potential money laundering risks that could be associated with the current altcoin trading explosion.

South Korea’s altcoin trading surge is yet another piece of evidence in support of the alt season market cycle narrative. Indeed, Bitcoin’s market capitalization dominance continues to decline and is now at its lowest level since July 2018.

Several major altcoins have set new all-time highs, with Ether (ETH) breaking the $4,000 milestone to deliver over 450% in year-to-date gains.