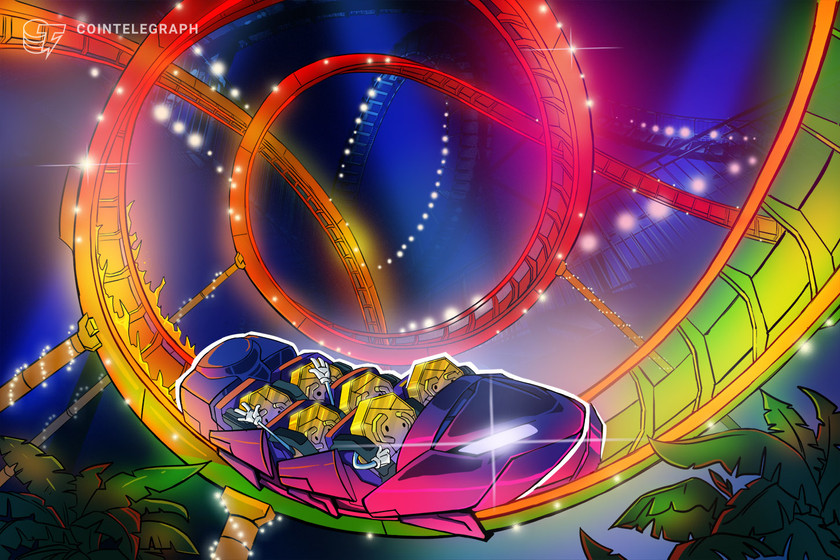 The Bitcoin dominance index has collapsed by 20 percentage points since the start of 2021. ETH, BNB and more speculative altcoin bets have seen their dominance rise over the same period.

Bitcoin (BTC) dominance briefly fell below 50% last week for the first time since January 2018, sending a strong signal that more speculative bets on altcoins was on the rise.

The Bitcoin dominance index, which measures BTC’s market capitalization relative to the broader cryptocurrency market, reached a low of 49.35% on Thursday, according to CoinMarketCap. At the beginning of 2021, BTC dominance was 70.68%.

Ethereum (ETH), meanwhile, accounted for nearly 15% of the overall market at its peak on Thursday. ETH dominance is up nearly 4 percentage points since the start of 2021.

ETH has outperformed BTC over the past seven days, charting an impressive 9.5% return. The second-largest cryptocurrency by market cap is down 10% from its previous all-time high whereas Bitcoin has corrected over 20%.

Binance Coin (BNB) has also seen its share of the overall market grow steadily this year, from 0.71% on January 1 to 4.17% on April 25. BNB is being supported by several fundamental factors, including growing adoption of the Binance platform and a coordinated burn of $600 million worth of tokens in the first quarter.

Meanwhile, cryptocurrencies outside the top ten have seen their share of the overall market inflate from less than 11% to over 18% since January 1.

Commenting on the market shuffle, Meltem Demirors, the head of crypto investment manager CoinShares, said she is “seeing a lot of folks chasing returns by moving further out on the risk spectrum.”

1/ on thursday, bitcoin dominance fell below 50% for the first time in nearly 3 years

the last time this happened was January 2018, and that cycle last about 6 months

Demirors also observed that 94 cryptocurrencies now have a market capitalization of $1 billion or more. At the time of writing, that figure had fallen to 87, according to CoinMarketCap. An additional seven projects were valued at $900 million or more.

Analysts are divided about the pace and timing of the so-called alt season, a period of the market cycle where many altcoins surge against the dollar and Bitcoin. Ben Lilly, co-founder and analyst at Jarvis Labs, told Cointelegraph last week that he doesn’t believe now is the best time to reallocate from BTC to altcoins from a risk-adjusted perspective.

Meanwhile, an analysis from Filbfilb, co-founder of the Decentrader trading suite, concluded that we are now approaching the major boom period for altcoins.

The current market cap for altcoins is $937 million.