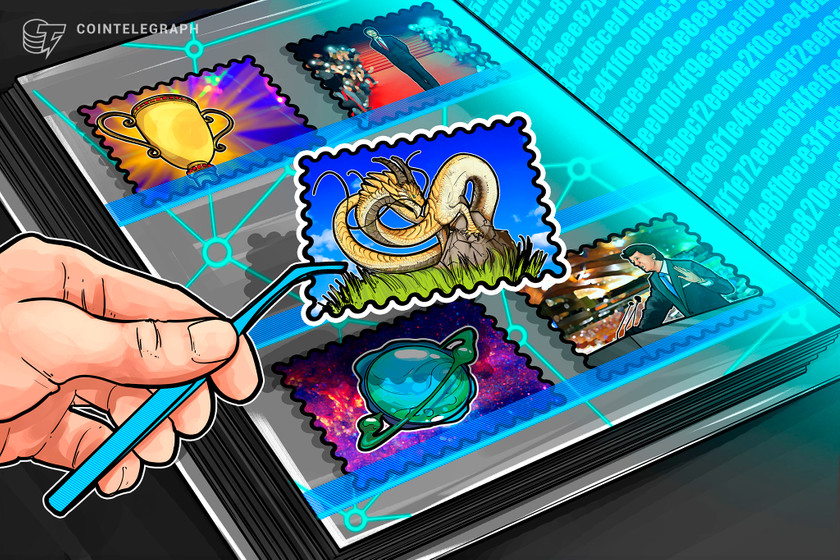 Nonfungible tokens seem to be popping up everywhere lately — so why not on the big screen?

Digital collectibles and virtual reality platform Terra Virtua is planning to launch today a line of Godzilla vs. Kong nonfungible token (NFT) collectibles created in collaboration with film production giants Warner Brothers — among the first-ever NFT drops to coincide with the release of a major film.

Currently, collectors can buy retro-themed Godzilla and Kong Island posters for 75$, but more elaborate animations will be released later today. The Terra Virtua homepage currently has a themed waitlist active, with users granted a ten-minute window on the site to make purchases.

You lucky things, considering the movie launches TOMORROW, we’ve decided to release not one but TWO exclusive 2DA posters. It really is time to pick your side. Will you go for #TeamKong or #TeamGodzilla? https://t.co/qi5QZ4diLn#GodzillavsKong #GvK #NFTDROP #Legendary #NFT pic.twitter.com/lBq5bhSttI

While Godzilla and King Kong are battling it out on the big screen, when it comes to NFT platforms it’s increasingly a race to see who can offer the most functionality, as well as gain access to beloved brands.

Multiple VR and gaming projects are cooking new ways to add utility to NFTs. Ecomi, a rival VR-slash-NFT project has been flexing a slick “vault” feature on Twitter, where users can enjoy their collection in augmented reality:

Haven’t seen the #AugmentedReality features of #VeVe yet?

You can drop your entire Showroom into #AR and literally walk through it! #Collectibles #NFT #NFTs #batman #TheJoker #HarelyQuinn https://t.co/bZsVSIgPa1

In addition to the technical push, many of these projects are building on the back of widely-loved intellectual property. Ecomi’s run from the Batman universe is a prime example, and the BBC dipped their toes into the growing market by collaborating with Reality Gaming Group on a Dr. Who card game. Perhaps the most headline-grabbing NFT project has been NBA Topshot, which features highlights from the National Basketball Association.

Warner Bros. opted for a promiscuous licensing strategy for Godzilla vs. Kong NFTs as well, as artist Bosslogic and collectibles giant Topps will also be releasing licensed digital memorabilia.

When it comes to the breadth and quality of IP, however, Terra Virtua might stand alone. In addition to Godzilla vs. Kong, the company has put out drops with IP from blockbuster titles like Pacific Rim, World War Z, and Lost in Space, in addition to classics like The Godfather and Top Gun.

“Our CEO, Gary Bracey, is a BAFTA-nominated games industry veteran with 25+ years of experience and is credited with bringing movie IP computer games to the mainstream. Doug Dyer, while at Warner Bros, fly to Scotland to demo and get approval from J.K. Rowling on the Harry Potter videogame he developed,” she said.

As a result, identifying and getting access to exclusive IP is “in our DNA.”

Ultimately, getting access to these brands is key not just to the growth of their platform, but also to the space as a whole.

“As an industry, we need to make sure we’re telling the right story about NFTs to the world outside of crypto land so that ownership of a digital collectible becomes as natural as asking Google, Alexa or Siri to play your favourite tune now is.”