BitTorrent soars 30% to new all-time high, $5B market cap: What’s behind the rally? 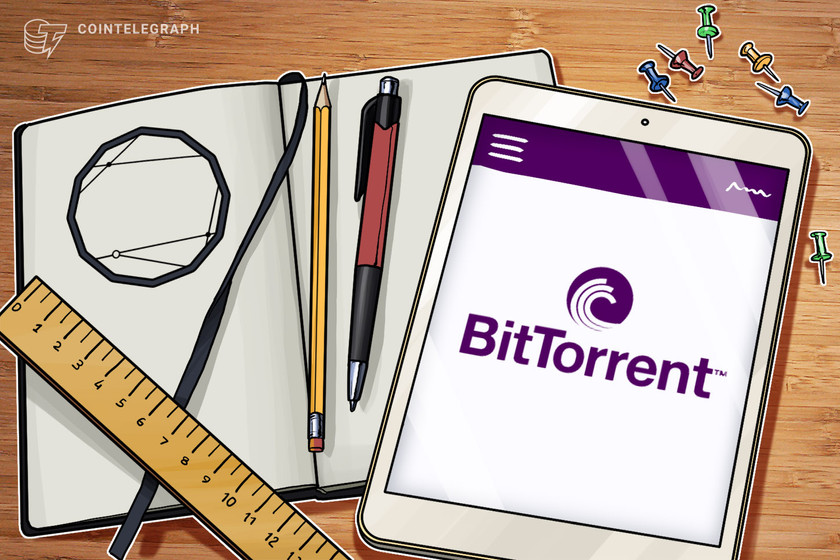 The price of BTT, the native token of BitTorrent, hit a new all-time high to reach a $5.2 billion valuation.

BitTorrent (BTT), the native token of the popular peer-to-peer file-sharing protocol BitTorrent, has surged nearly 30% in the past 24 hours.

The rally took the valuation of BTT to over $5.2 billion, making it the 24th most valuable cryptocurrency by market capitalization. What’s more impressive, the token’s value has increased more than ten-fold in the past two months.

Is there any catalyst behind the BTT rally?

There has been no clear fundamental catalyst behind the BTT rally to date. Nevertheless, the token has demonstrated strong technical momentum since it spiked by nearly 120% within a week in mid-March.

Since then, the volume of BTT has continuously increased, causing it to garner more momentum as it surged past its all-time high.

Several factors could have boosted BTT in the past several days, however, namely staking on Poloniex, TRON founder Justin Sun’s high-profile purchases of NFTs, and rising sentiment on social media.

On March 25, Poloniex Exchange, which was acquired by a consortium of buyers which included Justin Sun, which Cointelegraph previously reported, announced staking on exchange with BTT.

#Staking on #Poloniex gives you a simplified way to earn rewards by depositing and holding assets in your account!

The staking announcement from Poloniex could have added to the buyer demand for BTT because users could earn rewards by buying and staking BTT. The exchange said:

“With Poloniex staking, customers earn rewards while maintaining the flexibility to trade, deposit, and withdraw at all times. Along with this flexibility, customers can continue to earn staking rewards right up to the moment they decide to trade their funds into a different asset.”

Additionally, BitTorrent has been pushing the narrative of Sun buying high-profile NFTs as of late.

“Justin Sun announced the official establishment of the #JUST NFT Fund and the Plan to hire a top tier artist as the chief NFT advisor of JUST #NFT Fund. Join us now in the marvelous adventure navigated by JUST #NFT!”

Considering that BTT is a part of the Tron ecosystem, the positive sentiment around NFTs and the focus of Sun on the NFT market may have had a positive effect on the value of BTT.

Finally, the daily sentiment score versus the tweet volume of BTT surged by 377% beginning March 30, right before the price of BTT began to rally.

Thus, the new BTT all-time high appears to be the result of a technical breakout, not only driven by strong social media momentum, but also the rebounding price of Bitcoin as well as altcoins across the board.

As Cointelegraph reported, Bitcoin’s market dominance has dropped below 60% while the total market capitalization of altcoins has reached a new all-time high of $855 billion on March 31.