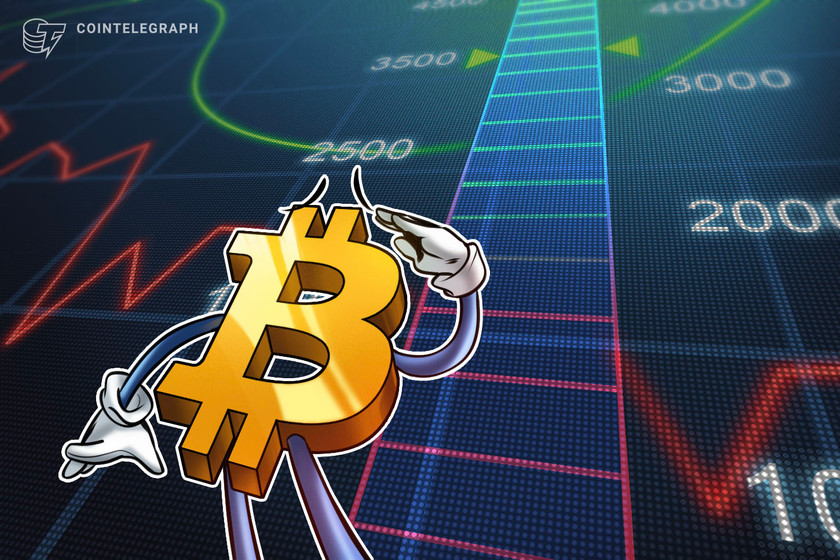 On Feb. 10, Bitcoin (BTC) price pulled back 5% from its newly established $48,220 high and a number of altcoins also underwent slight corrections.

Data from Cointelegraph Markets and TradingView shows Bitcoin has declined 4.96% since yesterday’s highs and currently trades at $44,900.

The pullback to the $45,000 level could simply be the result of traders taking recent profits from Bitcoin and altcoins as the rally appeared to be losing momentum around the $48,000 level.

A recent announcement from JPMorgan analysts saying that they don’t expect to see any large firms follow Tesla’s recent $1.5 billion Bitcoin purchase could have caused jitters among some investors but data from Grayscale Investments shows most institutional investors are keen to learn more about investing in BTC.

A bit of positive news came from Twitter CEO Jack Dorsey, who doubled down on his support for the crypto sector by donating $1 million to Coin Center, a Washington D.C.-based advocacy group. Dorsey also revealed that Twitter is exploring the option of how it could pay employees in BTC.

Congestion and high transaction fees on the Ethereum network have put a spotlight on layer-2 and Ethereum Virtual Machine (EVM) compatible protocols as projects and traders alike flood to Matic (MATIC) and Avalanche (AVAX).

This steady inflow of funds to each project resulted in price rallies of more than than 200% over the past week.

Binance Coin (BNB) has also seen significant price appreciation in recent days, reaching a new high at $148 on Feb.10. The move to a new all-time high comes as the Binance Smart Chain (BSC) grows in prominence and competes with Ethereum and DeFi platforms.

While there was no specific news prompting market pressure, all three indices have seen surging prices during the first week of February, so a modest pullback is expected in a normal market cycle.

A new wave of selling hit the crypto market just as traditional markets closed and the top-25 altcoins fell under pressure.